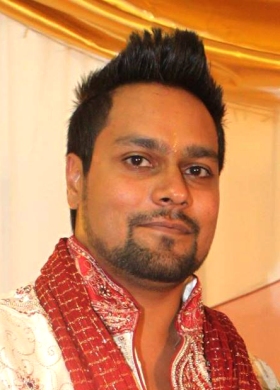 This is a question that we all ask at some point in our relationship with Mohanji. Whether we are disciples, devotees, well wishers, just curious or even cynical, at some time in our contact with Mohanji we will ask if he is really a Guru, or someone we can just learn from or just another fraud. In my experience, Mohanji himself, does not make it easy with his all so subtle ways and teachings. There are no lightning bolts from the sky or him going into a trance and speaking differently or him levitating (well, usually). He just is … He is simple and unassuming. And in his simplicity, the mind and intellect will naturally ask this question: Is Mohanji a real Guru?

Before we go on, we should quickly define a guru. The Merriam-Webster dictionary defines a Guru as “a religious teacher and spiritual guide in Hinduism”. But in truth a Guru is much more than this. There have been many interpretations to the word Guru (and thus the role). Some say “Gu” means darkness and “Ru” means light, indicating that the Guru takes you from darkness into light.

The Guru Gita says “Gu” means beyond qualities and “Ru” means devoid of form, thus giving attributes to the Guru. Guru also means “heavy” or “weighty”, and thus is compared to a weight that holds paper down and prevents it from flying away. A Guru similarly holds the disciples mind down and prevents it from flying away with the senses. In the musings of my mind, I sat thinking about this. I asked myself if Mohanji is a real Guru.

If I thought about all the things I have read about Mohanji then the answer is easy, but I wanted to assess this from my own personal experience. I began thinking about things that I perceived directly about Mohanji to answer this question. As always, we should look at the examples of beings that we trust to objectively assess a situation. Who better to ask about a Guru than Hanumanji and Vibhisanji. They were supreme devotees, praised by everyone. If they reached such heights of spiritual glory, they certainly will be able to teach us how to choose a Guru.

Hanumanji first served Sugreeva who was hiding in a cave from his brother Bali. At this time Hanumanji’s powers remained dormant and Sugreeva could not manifest them in Hanumanji. But as soon as Hanumanji met Shri Ram, he knew that he was his master and Shri Ram manifested Hanumanji’s dormant abilities. This teaches us two very important lessons. A true Guru is one that does not have any fear and secondly has the ability to manifest change in a disciple. Can I find these qualities in Mohanji from my own experience?

When Mohanji was in South Africa, we were driving together to the Ganesha temple. On our way, at a four way intersection, an oncoming car sudden turns to his right, even though we had right of way. I slammed the break, and stopped before hitting him. Then I noticed Mohanji’s arm stretched over my chest. This was Mohanji’s instinctive reaction to protect me rather than placing his hands over himself to protect his own body. This shows the absence of fear for himself and protection for someone else, just like Shri Ram.

A few days ago while at the gym, I was looking at someone swimming in the pool. I was using the bicycle closest to the pool and looking at the swimmer and the water. Then suddenly it struck me. I am near water! I have a phobia for large bodies of water and before Mohanji, I found it very difficult to even walk near a pool. I used to feel dizzy and nauseous. But now, without even realising it, I’m cycling near a large swimming pool. Ok, so that is a check for Hanumanji’s two lessons.

Vibishan was very dedicated to Ravana until he learned of Shri Ram. He left Ravana and took shelter under Shri Ram’s feet. Ravana eventually kicked Vibishan out of Lanka but Shri Ram made him King of Lanka. This teaches us many things, one of which is that a true Guru is not egotistical and freely gives to his disciple. It is not just about knowledge. Ravan was a brilliant scholar, even greater than most sages of his time, but Vibishan still left him. In Mohanji, you do not find a trace of egotistical personality traits or a power mongering nature. And this is shown by what makes Mohanji and his tradition special: Shaktipat. Mohanji never once said that it is vital that only he is there physically to give shaktipat. Neither did he ever say that if he is not physically present we must use a photo of him. No instead he initiated people to act as mediums. Why was this necessary? He could have dominated and shown absolute power if he did not do this. Mohanji does not need me or other initiates to be there to deliver shaktipat. But because Mohanji has no ego, because it is his nature to give, and because he loves us…he honours us with the ability to act as a facilitator for shaktipat. So he fulfills Vibishanas lessons too. 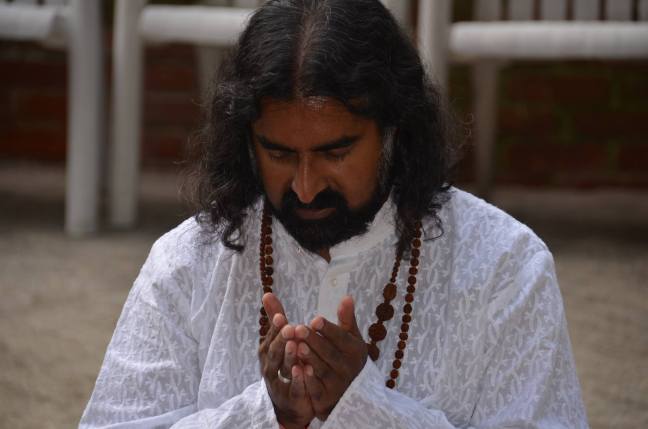 Mohanji’s senses are all under complete control. When he stayed in South Africa, I noticed that he was equally happy whether you gave him bread and butter or a meal with five curries to eat. Although in physical pain and tired, he still conducted all the meditations he had to, went to all the functions he had to and fulfilled his obligations. So that fulfills the first criteria.

As for the second quality, we all have seen pictures of his brain wave scan that scientifically show that his mind is always in a meditative state. Mohanji mind is always under control. MohanJi has scolded me and a second later he was praising me. He never gets angry the way we do. His mind is always still.

And finally the third quality. I have never seen Mohanji do any pranayama. But his prana is so balanced and strong that when he did pranpratishta at Merudada Ashram, I felt cold marble murthis turn warm and a hot “breeze” shoot out of a linga. Of course there are more incidents that confirm all this but I wanted to only use what I experienced and saw with my own eyes. And from all of this, undoubtedly, MOHANJI IS A SADGURU.

6 thoughts on “Is Mohanji a Real Guru?”