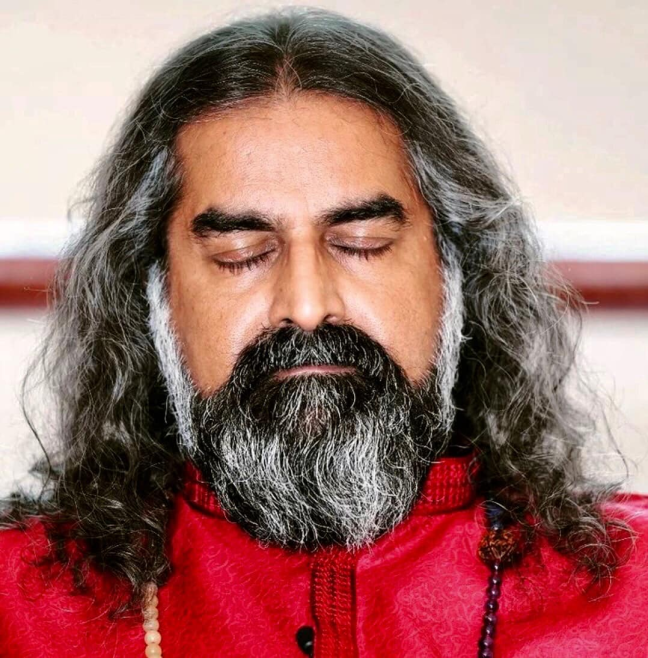 In Slovenia, we’re taking steps to bring our space here to life. We held the first-ever satsang on our land, which was a really momentous occasion. This has given even more momentum to what we’ve started here. We’re more committed to finding a way of investigating all possible options to get something established within this year so that regular programs can take place. It’s exciting.

I was reading back through the notes of the satsang. It was a very special satsang, as we sat out in nature. Mohanji was even sitting on a nearby log. There was no need for a grand setting; the stage of nature was beautiful enough. During the satsang, Mohanji shared a really good perspective about these times, which relates to a lesson I shared some time back, which was about keeping our inner space clean. Throughout the day, we interact with many different types of people and many different media, on the internet, on social media, and the news. We also have people with their opinions and perspectives. It’s very easy for us to take these in, then they sit inside of us, and as we know, we can only experience what we are in the world. We then project these out into the world, which can be anger, fear, jealousies, as it’s all coming from within. He shared that now we’re receiving many borrowed frustrations, from the internet, television, and the news.

These are borrowed fears and anxiety. Most of the time, it has nothing to do with this, but the addiction to social media, looking for information, makes it much worse. For example, every day, there are facts and figures about the number of people who have died from COVID in the world, the increasing number of deaths, and the new strains, and they’re always focused on those numbers. Mohanji shared that he received a message, which had the number of people who had died on one side of the message, but then also the number of people who had actually gone home or recovered on the other side. The number of recoveries is always much higher, but that’s never shown to us. It’s never shown in the media. We could be focusing on that, on how many people have recovered today, and celebrating that, but that’s not what the focus is. What happens in those instances? Mohanji asked the question that if we’re being told that this is what’s happening all the time, the natural thing to think is, “When will we also die?” It creates that fear.

The message he gave from that talk is that we can always look for the positives in life, what we have to be thankful for, and do the best we can to keep that inner space free from acquired fears and anxieties, those which aren’t our own. Awareness helps you, along with the company of good and positive people.

Yesterday was another day of moving forward some of the tasks here for the Slovenia land, and for the Slovenian registration of the Mohanji Foundation, although it will be called something different, to align with the types of organizations here in Slovenia. In the evening, I spent some time with Mohanji, talking about the activities of the day and the next steps. On the land where we are, there is a really beautiful old house with a heritage. The architect came yesterday and she was explaining that not many of those houses exist anymore. It’s actually a very rich piece of Slovenian heritage, and how it was built and how it looks in the style.

We were saying that this could potentially become a temple for Sai Baba. We began to talk about the location because at the top of the hill is a very powerful energy center. I was also sharing with others about the time when Mohanji went to Skanda Vale in Wales, which has a really lovely temple where he inaugurated the Dattatreya temple. He did the prana pratishta personally, wherein he took a part of himself and installed it into the idol. Now many people are feeling the effects of worshipping Dattatreya. When people visit the temple, many things are being removed from them.

Somebody asked Mohanji if he had lost anything in doing that. He said, “No”, and that for him, it’s like lighting another lamp from one lamp. The original lamp still remains, it’s just taking the light and giving it somewhere else. The next question was interesting for me, because it was a good question. It was essentially: Would people feel the same energy there as if they come and are close to him physically? What Mohanji shared was interesting, and again, really gives an idea that physical proximity isn’t always a sign of connection. He said that physically, people probably won’t feel anything. He said, “You have to transcend the physical and the personality aspect, which isn’t easy.”

Even for people who do a lot of meditation, it may not be possible to recognise him. He shared that great saints, who had done a lot of penance and practices, couldn’t recognise Sai Baba, while somebody who was illiterate… they recognised him. He mentioned Megha, who had an intense connection to Sai Baba. He was an illiterate man. He couldn’t read or write but he recognised Sai Baba, and when Megha died, it was the only time that Sai Baba had tears in his eyes because he loved him so much, because of the purity of his connection. People asked, “Baba, why are you crying? You never cry.” To which he replied, “It’s because he’s a part of me”. He had said before, “All of you are sitting here in front of me and Megha doesn’t come to me, but he’s with me.”

Mohanji shared that, in order to have that connection, you have to have extraordinary determination and conviction. When that connection happens, you become that. So, Megha didn’t die a normal death, he became Baba.  I really liked this story, because it’s a reminder for me, that connection is more than proximity, more than the form, more than the personality. The true connection, the lasting kind, is beyond what the mind can perceive, the senses or the form. It’s the consciousness or the state. I can only imagine the purity of connection, which could bring tears to the eyes of a great master such as Sai Baba.

The views, opinions, and positions expressed by the authors and those providing comments on these blogs are theirs alone and do not necessarily reflect the views, opinions or positions of Mohanji, Mohanji Foundation, it’s members, employees or any other individual or entity associated with Mohanji or Mohanji Foundation. We make no representations as to accuracy, completeness, timeliness, suitability or validity of any information presented by individual authors and/or commenters on our blogs and will not be liable for any errors, omissions, or delays in this information or any losses, injuries or damages arising from its display or use.

We reserve the right to delete, edit, or alter in any manner we see fit blog entries or comments that we, in our sole discretion, deem to be obscene, offensive, defamatory, threatening, in violation of trademark, copyright or other laws, of an express commercial nature, or otherwise unacceptable.